Last night was a night to remember as the pre-release function of Telugu version of Dabanng 3 was held here in Hyderabad. The stage was set on fire when bigwigs of cinema, Salman Khan, Venkatesh, Ram Charan, and Sudeep shook a leg on the signature dance step of Salman from the Same movie. Sharing his happiness at the event, Mega PowerStar Ram Charan shared what quality he wants to imbibe from the other stars present there including Salman Khan.

Mega PowerStar Ram Charan shared ” Our generation stars have a lot to learn about discipline from stars like Salman, Chiranjeevi, Venkatesh, and Sudeep,” Charan said.
Dabangg 3 is directed by Prabhudeva and it has Sonakshi Sinha as the female lead. Sudeep has a negative character. The movie is set to release on 20th December 2019 in Hindi, Telugu and Tamil languages. 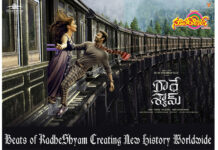 The Latest Edition Of Superhit E-Magazine Is Out 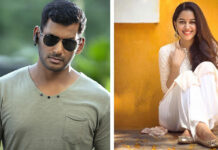 Mirnalini Ravi Confirmed As The Heroine For Vishal & Aarya’s Film 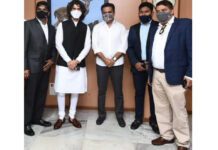