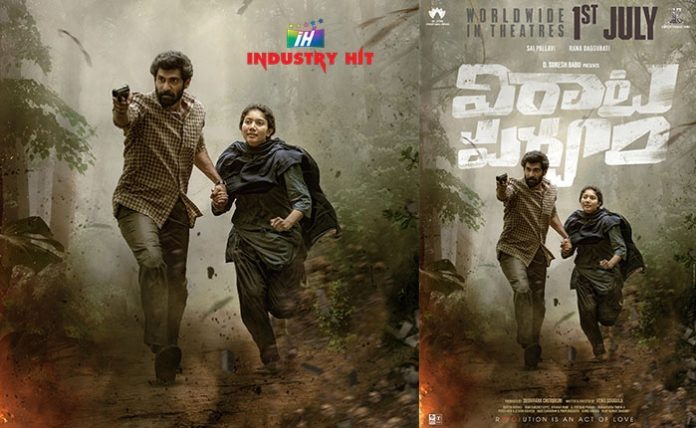 Handsome hunk Rana Daggubati and Sai Pallavi starrer Virata Parvam is a unique and content driven film where the lead pair will be seen in never seen before roles. The makers came up with release date of the movie. As announced by them, Viarata Parvam will be releasing worldwide in theatres on July 1st.

The announcement poster looks arresting as both Rana and Sai Pallavi appear to be in a hurry, as they run in the forest whilst holding hands. While Rana looks aggressive with a gun in his hand, Sai Pallavi looks scary.

Inspired from true events of 1990s, Rana plays the role of Comrade Ravanna who is known by his pen name Aranya. Sai Pallavi will be seen as his admirer named Vennela. Virata Parvam is going to narrate a wonderful love story in the backdrop of war.

D Suresh Babu is presenting the film and Sudhakar Cherukuri of Sri Lakshmi Venkateswara Cinemas is bankrolling it. Dani Sanchez Lopez and Divakar Mani handled the cinematography, while Suresh Bobbili scores the music.