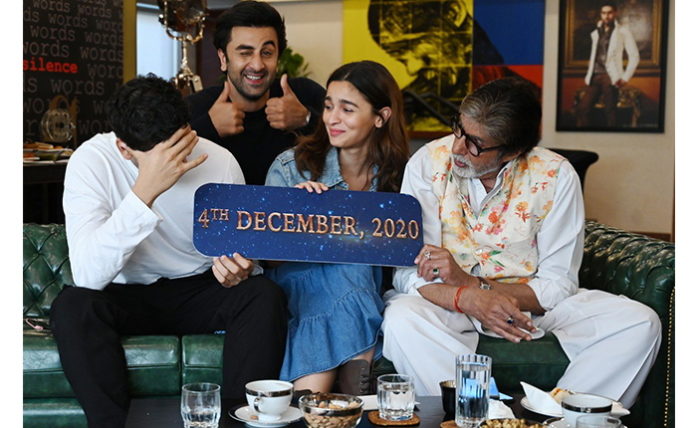 Director Ayan Mukerji has announced the release date of Brahmastra part 1 today and the prime cast Amitabh Bachchan, Ranbir Kapoor, Alia Bhatt are with the director when the release date is revealed. Brahmastra is the first Indian film with three parts and it’s a Super Hero film that has a huge casting from multiple language actors and Nagarjuna Akkineni is playing a key role in this movie.

Brahmastra part 1 is going to get dubbed in Telugu, Tamil, Kannada, and Malayalam and it’s going to have a simultaneous release along with the Hindi version on 4th December 2020. While the details about Brahmastra part 2 and Brahmastra part 3 will be announced later by the movie team. Director Ayan Mukerji mentioned that Brahmastra is a new experimental film that is made using the latest technology and this is the prime reason for the delay in the release of the film but the output will be mesmerizing to watch on the big screen for the audiences. So, mark the date folks, its 4th December 2020 for Brahmastra.