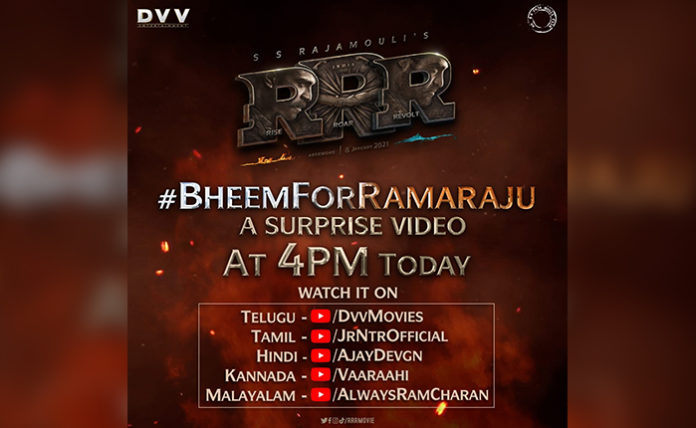 Yesterday Young Tiger Jr NTR has tweeted that he is going to give a birthday gift to Mega Power Star Ram Charan by unveiling a special video of the mega hero from RRR movie and the entire social media went abuzz about his tweet.

Today morning Jr NTR dropped a bomb that the special video is sent to director Rajamouli and it might take a little more time than expected.

Then the fun begins between the cast members of RRR in social media about the delay in Ram Charan’s special video from RRR film and finally, new time is locked by the team of the fictional period drama movie.

For Ram Charan’s question, if he is going to get his birthday gift at least today, Jr NTR has replied back to the mega hero tweet that he has just spoken with Rajamouli and the director assured everything will be sorted out by 4 pm.

So all the fans of Mega Power Star Ram Charan are eagerly waiting for Jr NTR birthday gift to Ram Charan the first glimpse of Alluri Sitarama Raju from RRR film have to wait till evening.