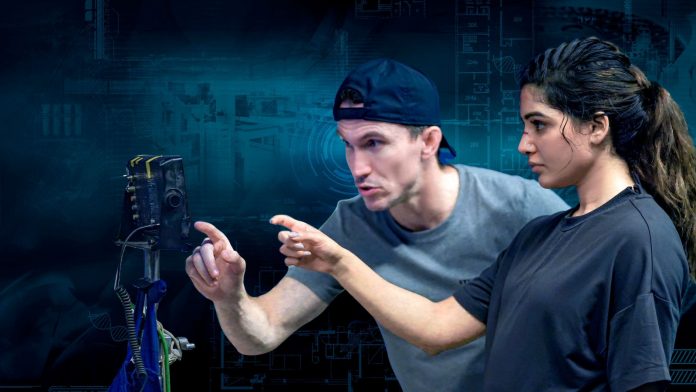 Yannick Ben, the action choreographer for upcoming thriller Yashoda, is in awe of Samantha’s dedication to get the action right. The French national, who has worked extensively in Hollywood, has worked with stars such as Shahrukh Khan in Bollywood and Suriya in the South. But when it comes to picking work, he is a purist. “I pick my projects based on the merit of the stories and not really the stars attached,” he says. Having worked with Samantha on her first action outing with the series Family Man, he tells us about working with the dedicated actor, about choreographing for a pregnant character, working in India,  what makes his brand of action stand apart and lot more. Excerpts from his interview below,
What about the movie Yashoda made you want to get onboard? What was your initial reaction to getting that call and was working with Samantha again a factor at all.
– The story. The world and it’s characters. Those are the things that really matter to me when I say yes to a project.  Was I looking forward to work with Samantha again? Yes. We shared an absolutely great working relationship on the sets of Family Man. I know how she works, how dedicated she is and she will put her everything in to pull out the stunts that I’m going to design for her. I think she is one of those actors who is equally dedicated to drama as well as action.  And as an action director, that’s a boon for me. And if you ask me, do I want to work with her, again. Yes and I hope very soon (laughs).

You are trained in various forms of martial arts and are passionate about parkour. When it comes to your style of action is it a hybrid of both of them?– While parkour as a form by itself is not a style of fighting, I incorporate parkour when it is like a chase but only and only if it makes sense for the character and the world of the story. But when it comes to purely action, my style is a mix of all the martial arts I have trained in Aikido, kickboxing MMA. Again, the extent to which and what forms I use depends on the character, the movie. So if I am designing fights for a character who doesn’t know how to fight, I keep it as simple and as real as possible. The actor can’t be showing off some crazy moves. I also don’t like  putting too much wireworks or anything too dramatic or bombastic. For me, it’s extremely crucial to to keep the fights realistic.

– I mean like putting apart things like female or male. They are all actors and sometimes you can have actors who are very dedicated and want to know what is going to happen before they arrive on set. Sometimes, we have actors who come to the set, on the day of the shoot, and ask “show me”. Again, this has nothing to do with how big the actor is or how new the actor is. But Samantha is one of those stars who wants to be prepped before hand. So I would choreograph the fight based  on the script and what the directors wanted. Then rehearse with my team. This trial fight or pre-viz was then showed to directors of course. After that I check with Samantha if she is comfortable with every move. This is crucial for not only the fights to look good but also for her to look good doing those stunts on screen.
We have some actors who have never landed a punch in their life and when they have to punch it doesn’t look good. And when timelines are tight, it’s unfortunate that actors don’t get time to train either. But with Samantha, she had trained prior for Family Man which was her first action outing.  She trained in boxing and kickboxing and that really helped with Yashoda as well. She remembered that  training and had her basics in place in terms of how to move and how to work with me. So it was a breeze. 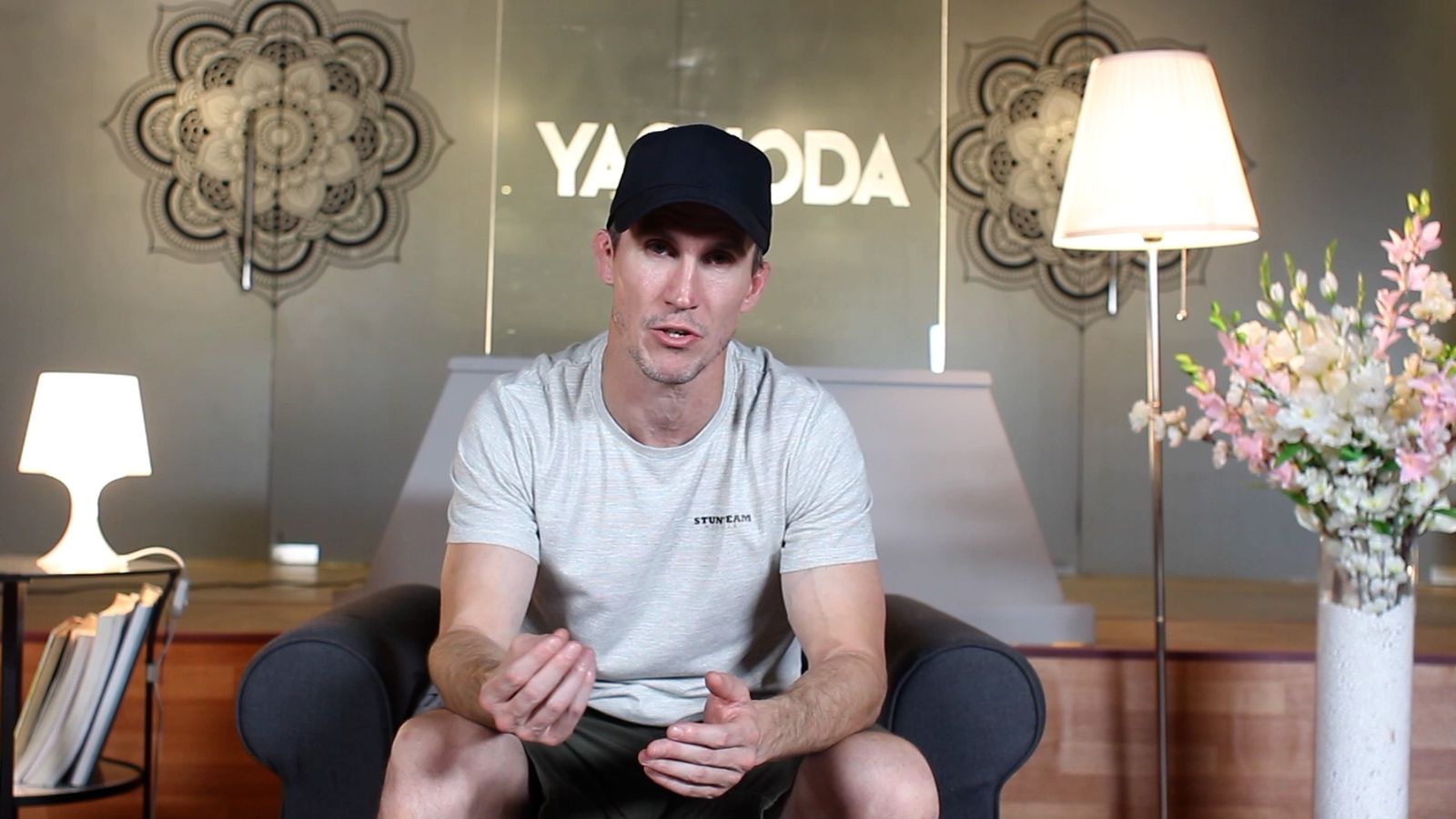 The characters – Raji in Family Man and Yashoda in Yashoda – are world’s apart. How different was your approach here?

– My work begins with a lot of research on the character and his/her backstory. So yea, Raji came from a more trained space and her world is very different. Here, I was designing action for a pregnant charcter, so needed to incorporate her movements accordingly. While the fact that the character is pregnant added great deal to the emotional angle, I had to ensure that at every given step and move she moves like a mother who is concerned about the baby that’s growing inside her.

– Yes, this is the first pregnant character I had to choreograph stunts for. But in terms of the thought process, it’s similar to let’s say a character who can’t use or strain one part of their body. Here’s the torso or the tummy.  So we adjusted the choreography according to that.  But we used the counter attacks or offenses to build more tension and emotion into the fight; like for instance having a goon trying to hit her belly and then building on to how a mother would protect her child. It wasn’t so much of a physical obstacle per se, because Yashoda isn’t in her full term of pregnancy. But it definitely added a layer of tension and emotion to the fights.

How does Sam react to retakes?

– Oh she is very flexible and cooperative. She is always dedicated to bringing the best fight out. And it helps that she trusts me. Sometimes, it wasn’t even me who had to ask for retakes. If the position or the punch is not in the right place, you can see her prepared to go for one more.

So how do you rate Sam’s fitness?

– Honestly she is one of the most fittest actors. She trains a lot. And it’s evident even on her posts on social media. And on set as well, she has tonnes of energy and really positive aggression. Sometimes, we can’t even match her energy (laughs). And I have had to ask her to tone it down even. 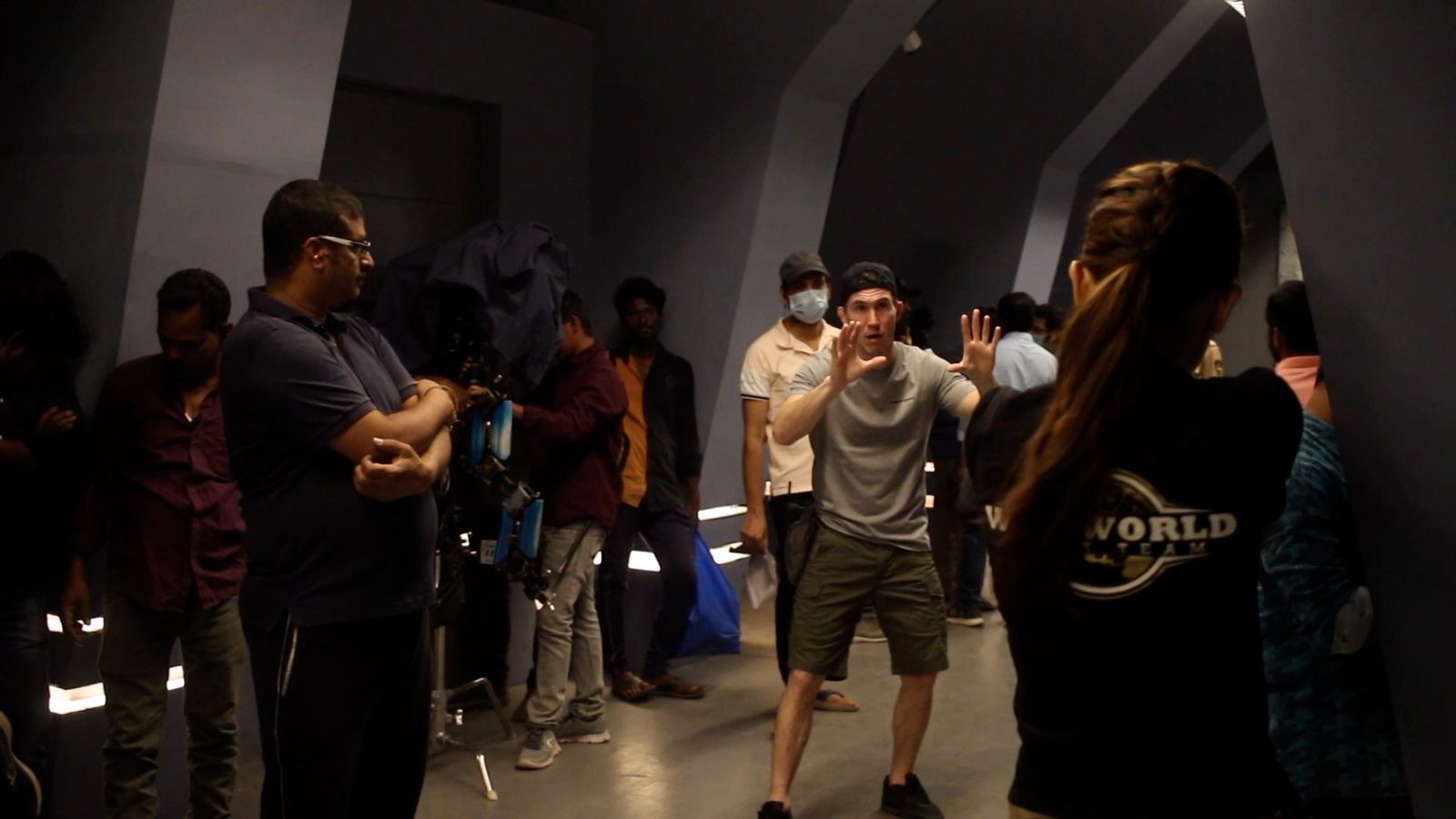 We hear that Samntha did not use a body double for most of the toughest scenes as well… When actors decide to do that, does that make you doubly anxious about rigging for safety etc.

– She didn’t have  a double in Yashoda, nor in Family Man. While the safety gear and rigging is always standard, my fears sometimes would be how the rest of the stunt team is going to perform. So I ensure that they are well practised and know the choreography like the back of their hands. It’s okay for actors to make mistakes. But when a stunt man or double does it, it irks me a bit because that’s their profession and so everyone of them need to know and perform to their best so that there are no accidents, especially with the star performing everything on their own.

Now that the movie is all set to release, what would you say are the things you will cherish about working on Yashoda.

-On Yashoda, there was a professional approach to the stunts. There were minimal last minute changes and we shot on a fully prepped set. Of course, working with Samantha again was something I would cherish too. And it was her who asked the producer to bring me in which I really appreciate. And the other thing that I really enjoyed on this project was that I had full support from producers, to the directors and the DoP to ensure that there was no compromise on quality. 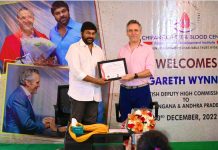 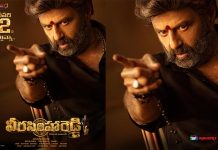