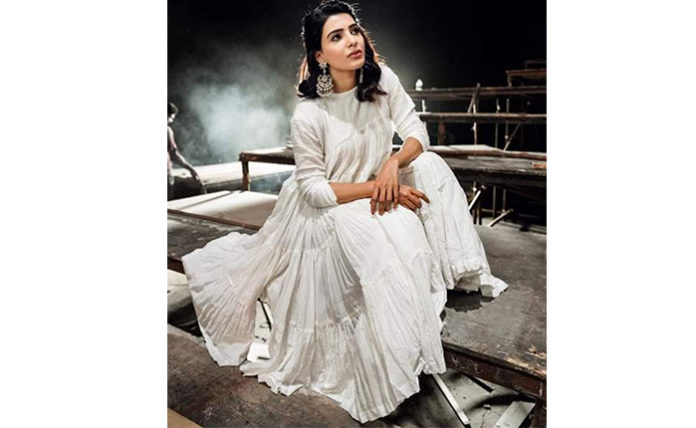 Samantha Akkineni looks like she is in a signing spree of movies and Tamil directors are impressing her with interesting roles that she wanted to experiment with. Recently Samantha confirmed Her Next that She is doing a triangular love story in the direction of Vignesh Shivan and today Samantha confirmed Her Next is also a Tamil film in the direction of Tamil director Ashwin Saravanan. Last year director Ashwin Saravanan impressed movie buffs with Game Over movie was Taapsee Pannu nailed it with her performance in the horror-thriller and now it’s the turn of Samantha Ruth Prabhu.

Talented actor Prasanna is doing a key role in the yet to be titled movie of Samantha in the direction of Ashwin Saravanan and this makes the horror-thriller even more interesting. Till date, Samantha has not done a complete horror-thriller genre and director Ashwin Saravanan is popular for this genre. If we look back into his works like Maya, Aake , Game Overall are filled with mystery, suspense, thrilling elements with a dose of horror added to give unique experience to audiences. Samantha tweet mentioning it’s more than horror-thriller hints movie buffs are going to witness more than their expectations now. An official announcement with the rest of the cast, crew details will be announced very soon.