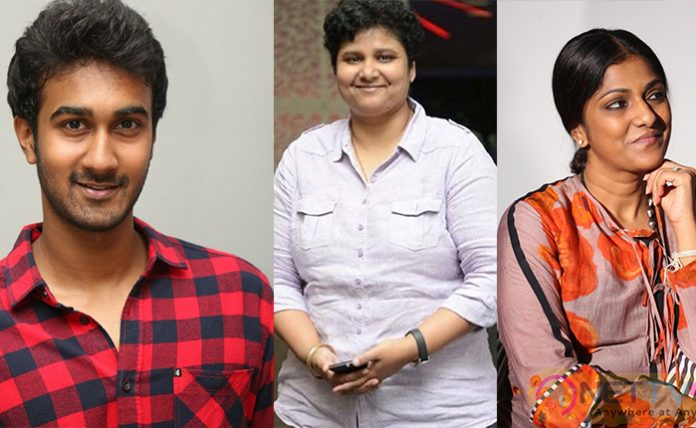 Santosh Shoban – after the success of Ek Mini Katha, Nandini Reddy- after delivering the biggest hit of her career with Oh Baby and Swapna Cinema after the blockbuster Jaathi Ratnalu is joining hands to offer a wholesome family entertainer to Telugu audiences with a film titled pleasantly as Anni Manchi Sakunamule.

The film’s title and motion poster have been released. Like the title, the poster to looks charming, as it showcases the exquisiteness of a hill station. Mickey J Meyer’s background score for the motion poster is cordial.

The title is taken from the classic song- Anni Manchi Sakunamule from Sri Krishnarjuna Yudham and the same was included as BGM for the motion poster.

When successful people come together, we can expect an extraordinary film, and going by the title and the setup, Anni Manchi Sakunamule is going to be a wonderful movie.

Priyanka Dutt is bankrolling the project under Swapna Cinema, wherein cinematography is handled by Sunny Kurapati.

While Dawood has penned the screenplay, Lakshmi Bhupala is the dialogue writer. Divya Vijay is the executive producer.

The film’s shoot has already begun.