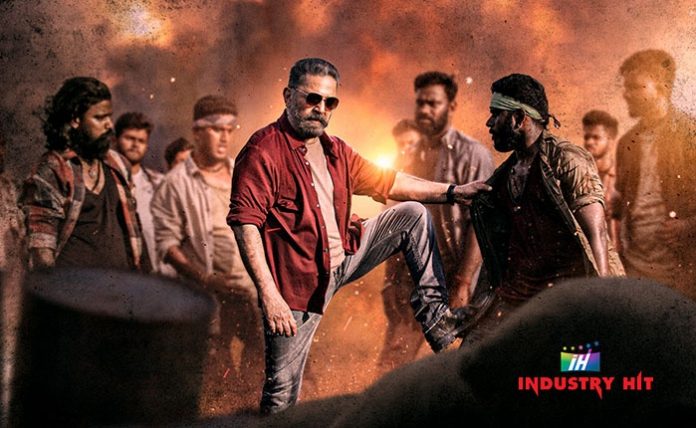 Universal hero Kamal Haasan’s Vikram under the direction of Lokesh Kanagaraj is one of the most awaited movies. Director Lokesh only delivered blockbusters till date and it’s his dream to direct his favourite star Kamal Haasan in a movie. What’s more, the film produced by Kamal Haasan and R Mahendran under Raaj Kamal Films International features popular stars Vijay Sethupathi and Fahadh Faasil in crucial roles, wherein Suriya will appear in a cameo.

Tollywood’s versatile star Nithiin’s home banner Sreshth Movies acquired rights of this crazy film for the Telugu states for a fancy price. The film will have grand release in Telugu, along with Tamil and other languages on June 3rd. Sreshth Movies is one of the leading production houses and distribution houses in Tollywood and they are planning massive promotional campaign.

The film definitely is in safe hands in Telugu as it will release in huge number of theatres with Sreshth Movies backing it.

The film’s Tamil trailer was released recently to overwhelming response. Telugu audience have been waiting eagerly for the theatrical trailer in Telugu. As of now, they have released teaser of the movie which took the expectations to another level.

Anirudh Ravichander scored music for the movie, while cinematography is by Girish Gangadharan and editing is by Philomin Raj.