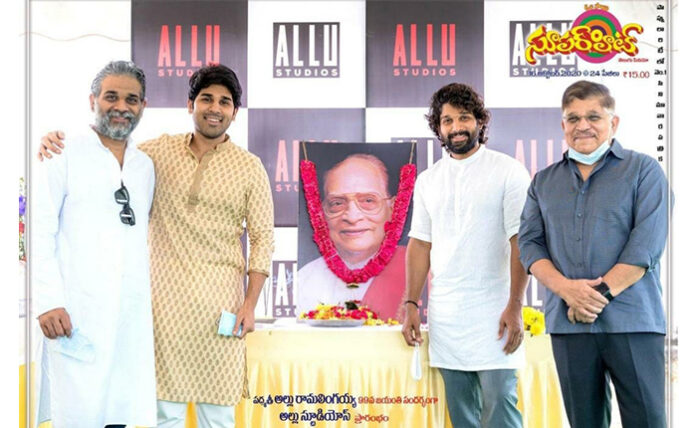 Yet another week passed in the coronavirus pandemic and with happy news of cinema halls, multiplexes are going to be reopened from 15th October 2020 let’s get into the key aspects of the latest edition of Superhit Magazine folks.

1. Pre look and the title announcement of the director Chandra Sekhar Yeleti next starring Nithiin, Rakul Preet Singh, Priya Prakash Varrier is revealed by Bhavya Creations banner and the thriller is titled as “Check”

2. A special article of legendary comedian Allu Ramalingaiah and his contribution to Telugu cinema.

3. On the eve of the 99th birth anniversary of Allu Ramalingaiah his family laid the foundation stone for Allu Studios.

4. Sonu Sood has joined the filming of his Tollywood movie Alludu Adhurs in Hyderabad and the entire film even welcomed him on a grand note.

5. Heroine Anushka Shetty exclusive interview where she revealed a lot of things about her character in Nishabdham movie and more.

6. Director Hemant Madhukar speaks about his mysterious thriller Nishabdham in an exclusive interview with the Superhit Magazine team.

7. Jayam Ravi and Aravind Swamy film Bogan is getting dubbed in Telugu and Bogan Telugu trailer are out.

8. Orey Bujiia movie team is confident that will entertain everyone.

9. Miss Universe India Urvashi Rautela is steeping into Tollywood with Black Rose movie and recently released song is receiving a positive response from all.

10. Satheesh Malempati’s directional venture “Samidha” is getting ready for release in summer 2021.