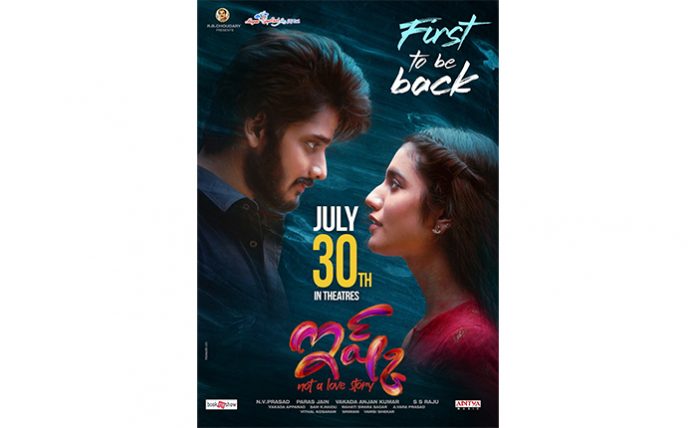 The film will be hitting the screens on the 30th of July. The announcement poster sees Teja and Priya Prakash Varrier gazing into each other’s eyes. The poster looks romantic, though Ishq is not completely a romantic film.

The film directed by SS Raju is the joint production venture of NV Prasad, Paras Jain, and Vakada Anjan Kumar. RB Choudary is the presenter.

The romance thriller garnered positive buzz from the trailer and promos. They had set the bar high for the film that has music by Mahati Swara Sagar.

Sam K Naidu handled the cinematography, while A Vara Prasad edited the movie.