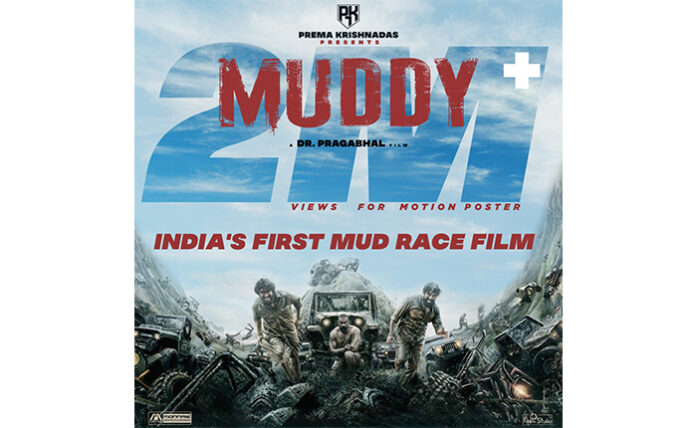 Muddy is an innovative attempt and the recently revealed motion poster caught everyone’s attention. The motion poster clocked 2 million views in no time and is trending across the circles of social media. Muddy is the first Indian movie on mud racing. Film lovers and the audience are now eagerly waiting for the release of the teaser that will be out on February 26th. Apart from some realistic racing action stunts, the film will also with all the commercial ingredients in the needed amounts.

The visuals from the motion poster look grand and realistic. Several real mud racing players worked for the movie and Muddy is shot in realistic locations. Muddy is directed by Dr. Pragabhal and it features Yuvan and Ridhaan Krishna in the lead roles. Prema Krishnadas bankrolled the film on the PK7 Creations banner and the film will have a pan-Indian release in Telugu, Hindi, Tamil, Kannada, and Malayalam languages. KGF fame Ravi Basrur is the music director and KG Ratheesh handled the cinematography work. Several renowned actors and technicians worked for this mud racing drama which is the first attempt of its kind on the Indian screen.