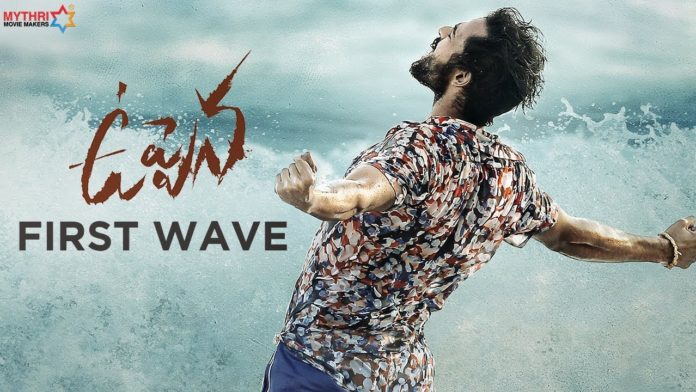 The makers of mega nephew Panja Vaishnav Tej launch pad film Uppena is promoting it in a unique way and they continued it by releasing the first wave video today. Uppena The First Wave video is smartly edited by not revealing the look of the hero and a small glimpse of heroine Krithi Shetty is showcased in the promo along with cluing that Panja Vaishnav Tej character calls heroine as Babamma is given by director Buchi Babu Sana.

Uppena the first wave video belongs to two other people to a majority extent. Firstly it is the music director Devi Sri Prasad, the musical bit in the video, the natural sounding of the waves and the melody touch in the promo indicated DSP’s mark and it’s a positive start for the film. Secondly, the cinematography by Shamdat Sainuddeen looks spell bounding and Uppena hints of a visual delightful treat to the movie buffs. Uppena also has Tamil hero Vijay Sethupathi. Director Sukumar is producing Uppena along with Mythri Movie Makers and the film is slated for a grand release on 4th April 2020.