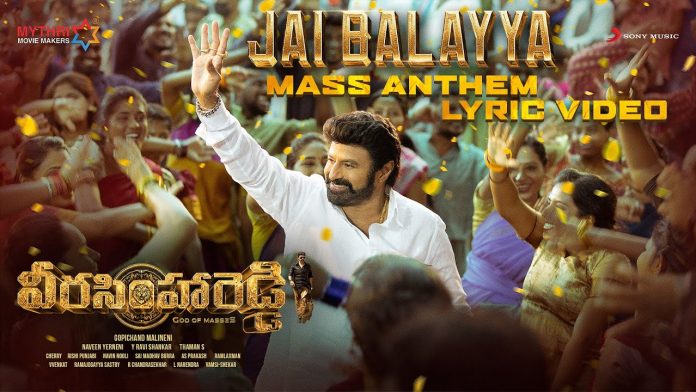 God of masses Natasimha Nandamuri Balakrishna will appear in a never seen before mass avatar in his ongoing film Veera Simha Reddy being directed by Gopichand Malineni under Mythri Movie Makers. The film will have enough elements to give goosebumps to fans in theatres. Interim, the makers kick-started the musical promotions with the first single Jai Balayya.

Jai Balayya is an anthem for Balakrishna fans and music director SS Thaman composed a mass anthem for them with the song Jai Balayya. Thaman is in prime form and the song ticks all boxes right from the lyrics, composition, vocals, and music to Balakrishna’s swag, mass steps, and everything.

Karimullah set the floor on fire with his powerful vocals and taking it to next level is Thaman’s mind-blowing score. Saraswatiputra Ramajogayya Sastry’s lyrics define the magnitude of the protagonist. The dance moves of Balakrishna will drive fans super crazy and the song is likely to stay at the top of music charts for a long time. Balakrishna fans can’t wait to watch the video song on the big screens.

Shruti Haasan is playing the leading lady in this project and Duniya Vijay, and Varalaxmi Sarathkumar are the ensemble cast. Rishi Punjabi is taking care of cinematography.

Naveen Yerneni and Y Ravi Shankar are producing the film, while acclaimed writer Sai Madhav Burra has provided dialogues. National Award-Winning Craftsman Navin Nooli is handling editing and AS Prakash is the production designer. Chandu Ravipati is the executive producer for the film that has fights by Ram-Lakshman duo and Venkat.

The film’s shoot is presently taking place in Hyderabad. It is set for a grand release worldwide for Sankranthi, 2023. 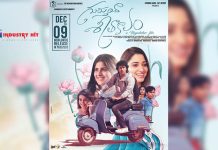 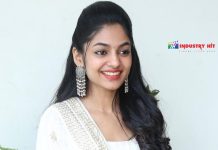 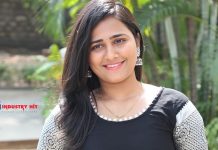