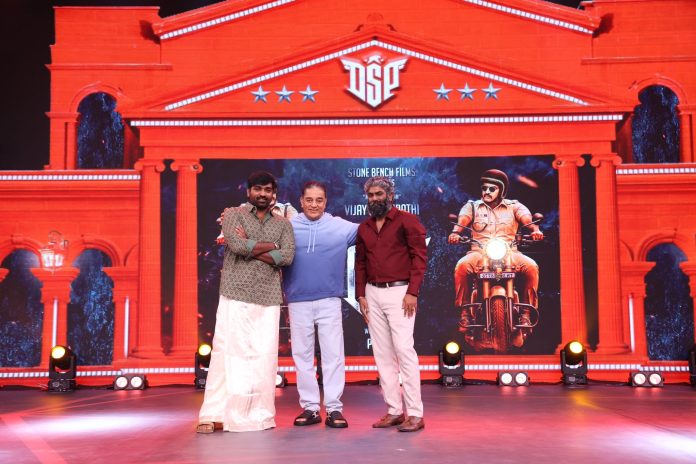 Vijay Sethupathi starrer “DSP” is produced by Karthikeyan Santhanam and presented by Stone Bench Films. A commercial entertainer, the film is directed by Ponram. The film’s audio and trailer launched was held amid fanfare in the presence of press-media fraternity.

Actress Anu Keerthy said, “DSP marks my acting debut. I thank producer and director for giving me this great opportunity. It’s been a great pleasure sharing the screen with an ace actor like Vijay Sethupathi. He imparted a lot of valuable inputs that helped me perform better. It’s elating to be a part of project that has musical score by D Imman sir. The film has been shaped up very well by the laborious efforts of technical team. The film is getting released on December 2, and I request you to support our efforts.”

Director Mysskin said, “Vijay Sethupathi is well-known for surprising us in an unexpected and unique style. I am delighted to be a part of a movie event related to him. Vijay Sethupathi, undoubtedly, is one of the finest actors from the Indian film industry. The songs from this album have impressed me a lot. I am listening in loop. My best wishes to D Imman. The songs and this film will be a great success. Ponram is a good-hearted man. I am confident that their efforts will definitely result in the film’s success.”

Producer Karthikeyan Santhanam said, “I thank Shri. Kamal Haasan sir and other celebrities for gracing this occasion and sharing wishes for the success of this movie. The film will be a decent family entertainer that will be enjoyed by audiences from all age groups. Vijay Sethupathi has delivered a tremendous performance in this movie. Everyone from the technical team has exerted their best efforts into the project. Director Ponram has created a beautiful film. I believe everyone will like this movie. Thank you.”

Director Ponram said, “Vijay Sethupathi is a good-hearted human. This film was possible only because of his support. This movie has elements that will be liked by family audiences and universal crowds. The entire process of shooting the film was loaded with positive vibes. I thank producer Karthikeyan Santhanam for producing this movie at a whopping cost and offering complete support without any compromises. The entire cast and crew worked a lot towards the best results of this movie. I request everyone to watch this movie and extent their support.”

Actor Vijay Sethupathi said, “I usually don’t act in commercial movies, and never thought would be working with Ponram. However, the script he narrated, impressed me a lot. He has completely transformed me in this movie, which will look totally different from my other movies. I am happy for having done this movie. I never thought Kamal Haasan sir would be here for this occasion. It’s a great pleasure to have him here. Kamal Haasan sir has been the pioneer and epitome of revolution in any mentioned department of cinema. The achievements he has made will inspire the generations to come. I thank you sir for inspiring us to try and achieve more.”

Actor Kamal Haasan said, “I am not here for the sake of Vijay Sethupathi and other actors alone, but for the insatiable passion I have for cinema. I have been awe-inspired and awestruck by many actors and technicians from my generation. I have tried making achievements like them. I am glad that the new generation is considering me as an inspiration. In the future, there will be aspiring actors, who will consider Vijay Sethupathi as their role model. This is the model and concept of cinema Industry. I wish everyone in the team for their earnest efforts. I wish great success for the entire crew.” 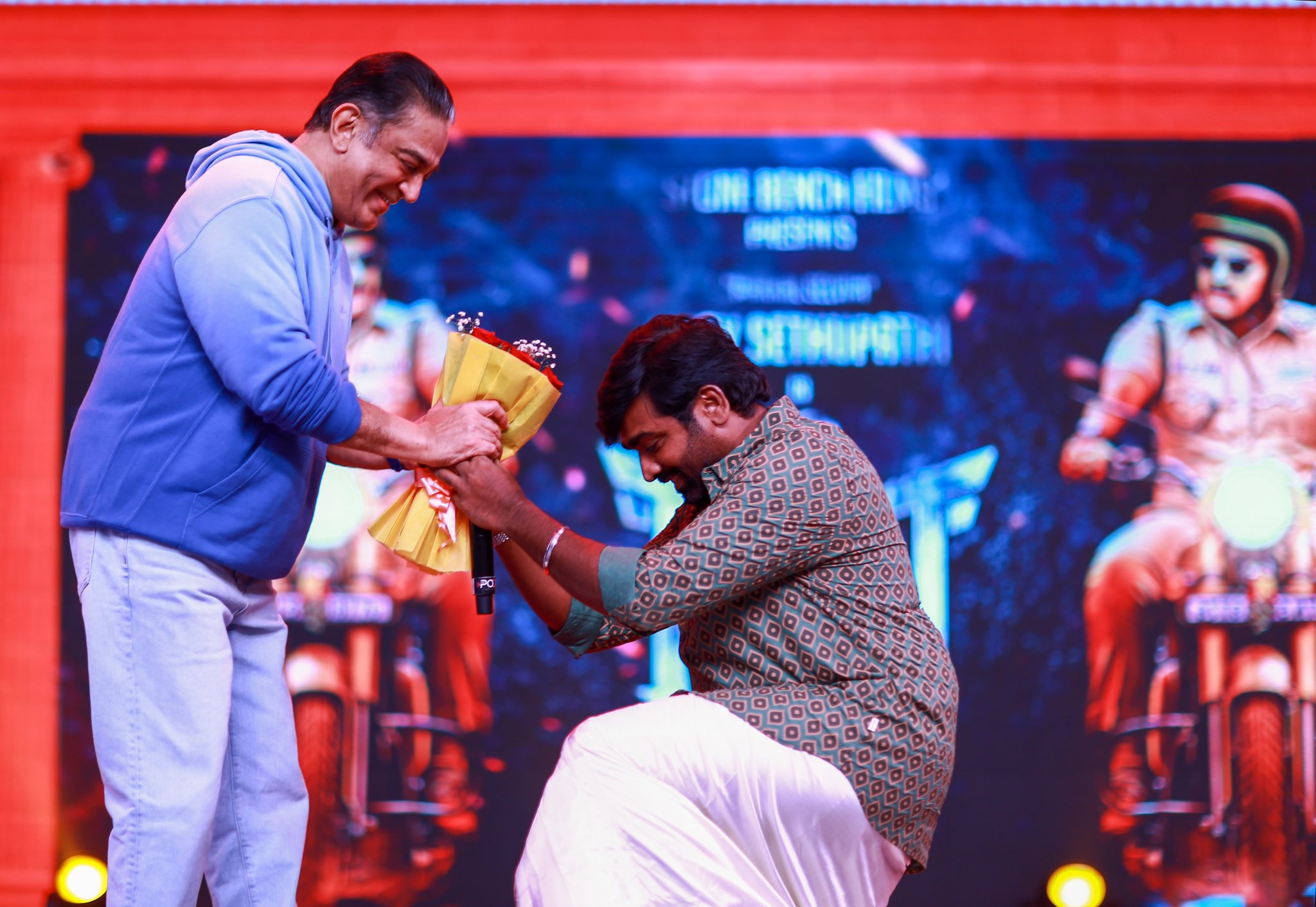 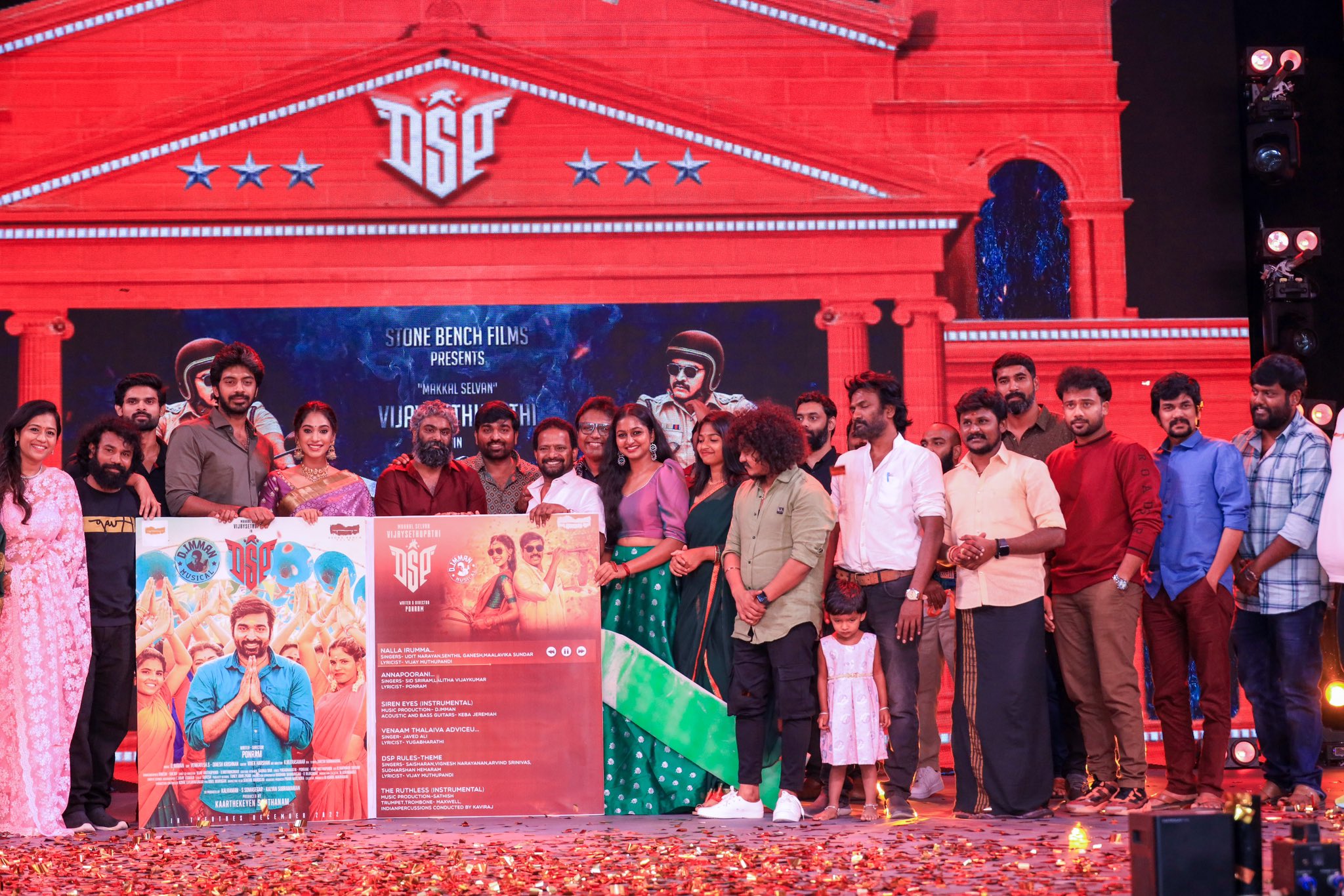 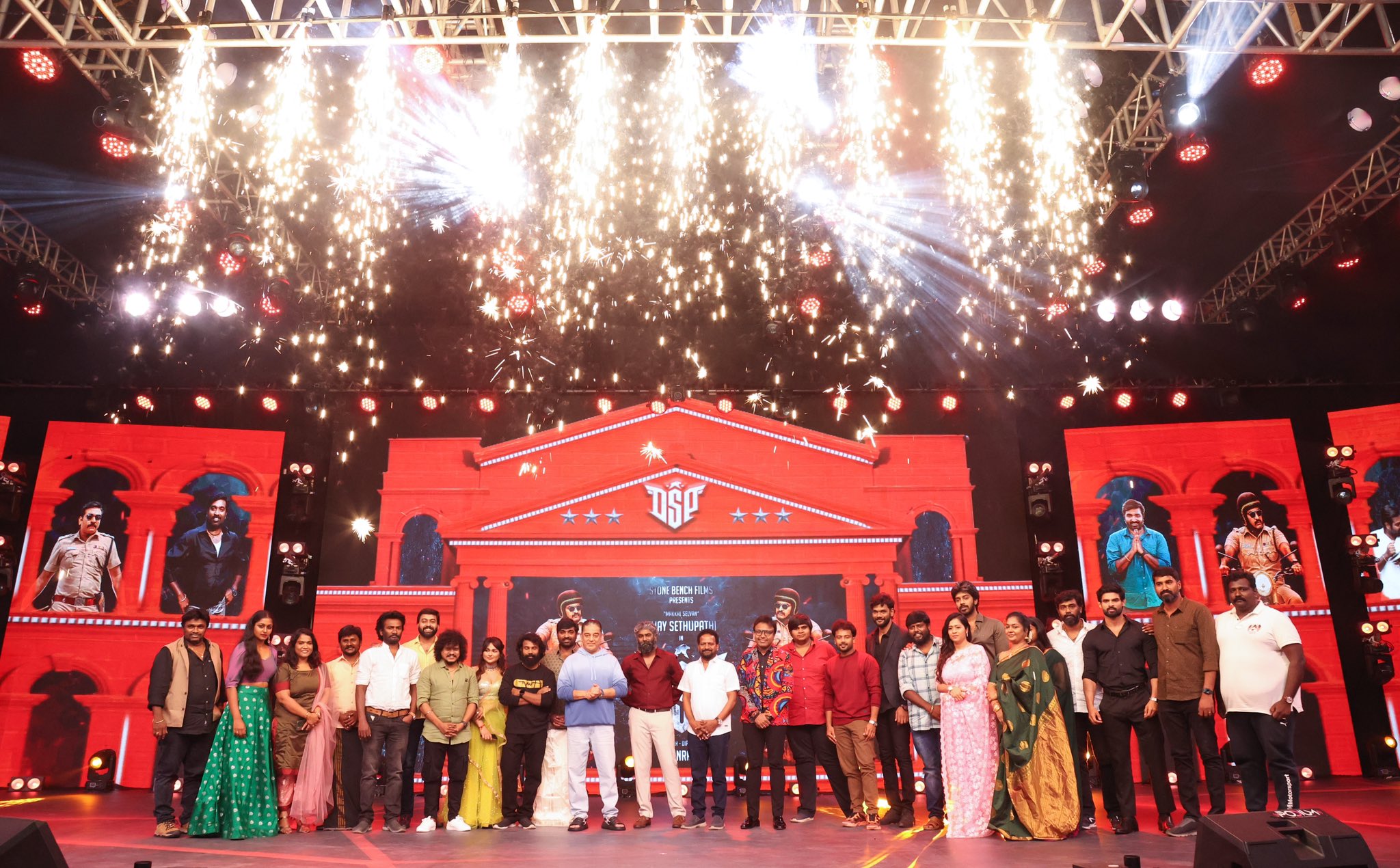