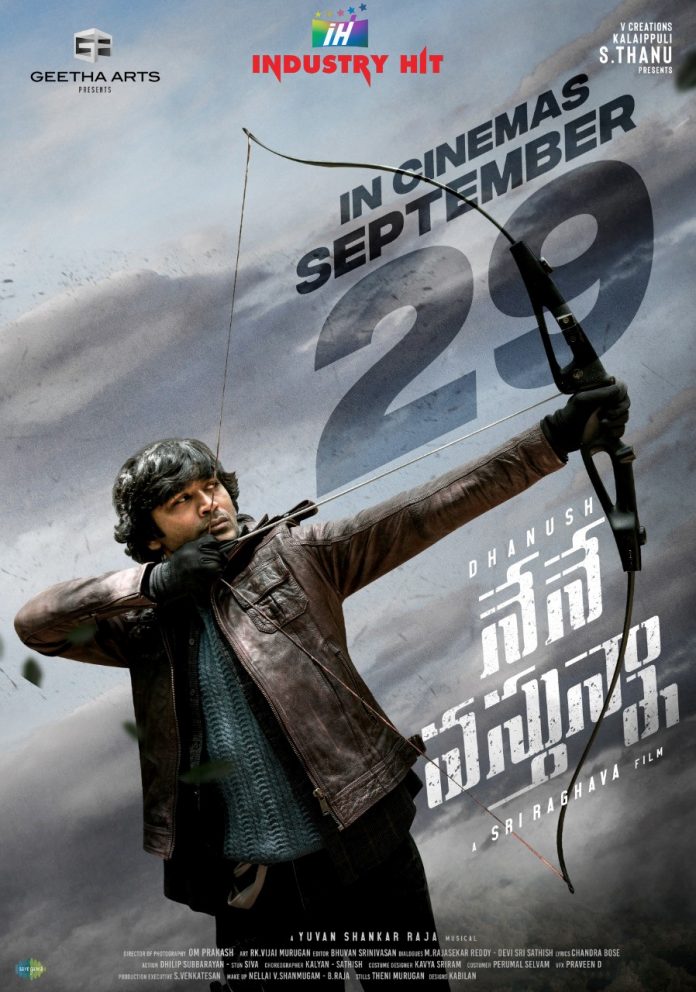 Talented actor Dhanush is gearing up for the release of Nene Vasthunna, one of the most talked movies of the year. The film has created a fair deal of buzz among fans as it features him in a new avatar.

Recently renowned producer Allu Aravind presenting the film in Telugu under the banner of Geetha Arts. So, now the anticipation and excitement raised on this thriller. In the recently released Telugu teaser, the makers teased everyone without announcing the release date. The film’s makers have indicated that it will be released in September.

Here’s an update for those who are looking forward to the film. The much-anticipated release date was announced by the makers with a striking poster of Dhanush. The film is ready to thrill the audience from September 29, 2022.  The combination of Dhanush, Sri Raghava, and Yuvan Shankar Raja has high hopes, and the makers are confident that this psychological thriller will live up to everyone’s expectations.

The first single, Veeraa Soora, a dark theme composed by Yuvan Shankar Raja, was released this morning. The team surprised the audience with the release date announcement within hours. Dhanush Telugu fans are waiting with bated breath for the film.

The evergreen Dhanush and Sri Raghava combo are back with the upcoming film ‘Nene Vasthunna’ to cheer the movie buffs and audience. Dhanush has played dual roles in ‘Nene Vasthunna’ while Sri Raghava also appears in a special role. Elli AvrRam and Indhuja are the leading ladies of the much-awaited movie. Kalaippuli S Thanu’s V Creations bankrolled the film.