‘AWE’ made him a name to reckon with in the Telugu film industry. His second film, Dr. Rajasekhar’s ‘Kalki’, hit the screens on June 28 and is running successfully. He is Prasanth Varma, one of the most promising young directors.

In this interview, Prasanth Varma talks about the film, the response from the audience and more.

What kind of response has your film been getting?

If my first film was an entertainer for A centers, ‘Kalki’ is for B and C centers. I have made it as a novel commercial entertainer. Those audiences who are our target ones are loving the film a lot. I am so happy.

How was it working with Dr. Rajasekhar?

With him, the production works can be wrapped up successfully on time if planned well. It’s not right to say that he arrives on the sets late. More than him coming late, it’s like I got enough time to plan my execution by the time he is on the sets. He is a friendly actor and a director’s actor.

Whose idea was it to keep the ‘Em Septhiri’ dialogue?

It was my idea. Once it was decided to make the film in a commercial format, I developed the idea. It would be good to be satirical about oneself. Since this is is a dialogue that is often associated with trolling Rajasekhar garu, I used it in the film. He agreed to include it in the movie as soon as I shot off the idea. Although I am a new director, he did what was asked of him.

What about the controversy of a writer going to the town saying that ‘Kalki’ is his story?

The concerned authorities studied the script of our film and his script and founded that there are no similarities whatsoever.

Who all worked on the script?
It seems more than a handful did so. Yes and they are all the team of Scriptsville. The screenplay had several versions written after the story was finalized. In Scriptsville, those who are older than me and with no prior experience in filmmaking are also there. We are working on a lot many stories.

Is it true that you didn’t want to wield the megaphone for the movie in the beginning?

Yes. I only wanted to lend the script. But once the script was ready over a period of six months, I got excited to direct it. I happened to work with Rajasekhar garu, Jeevitha garu and his family. They are very sensible people. I felt that I can and should work with them. So, I took up direction.

What was Jeevitha garu’s involvement?

I am not as experienced as her. Rajasekhar garu and Jeevitha garu have been around since 30 years. They have done so many movies. I used to take their suggestions. I am not the type who wants to have only his way. I take suggestions from my assistant directors, etc. I dully give them credit.

The climax of ‘Kalki’ has come in for praise. Did you write the climax first and wrote the film backward?

Yes. I believe that climax is what the story is about. I get the screenplay penned after deciding on the climax. The story is worked backward to keep the audience excited for two hours.

In the case of both ‘AWE’ and ‘Kalki’, the final twist is revealed in the climax. Is it going to be your permanent style?

It’s not like that. My next film could be a love story. I don’t like to do the same kind of films. I will try different genres.

Tell us about the background score composed by your friend, Shravan Bharadwaj.

I didn’t rope him in because he is my friend. He happened to showcase my short films with his work in a better way. I have always felt that he should get the right break. I am happy that he is being appreciated for his work.

What is your next movie going to be like?

I have two-three stories in mind. Discussions are going on. I will do a web series for Hotstar. I have been in touch with Nani garu. I recently discussed a story with him. 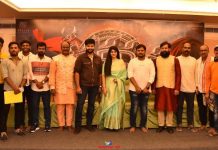 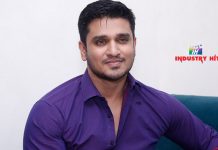 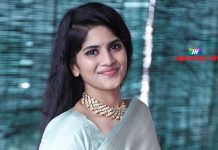