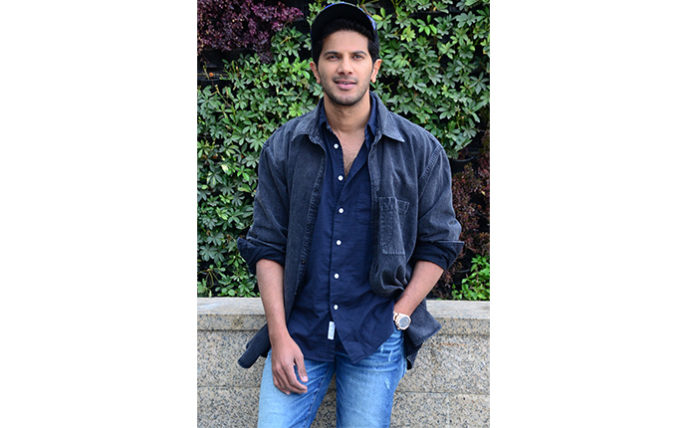 ‘Kanulu Kanulanu Dochayante‘, starring Dulquer Salmaan in the lead, hits the screens this Friday (February 28). Starring Ritu Varma of ‘Pelli Choopulu’ fame as the heroine, the romantic thriller is written and directed by Desingh Periyasamy. The film is coming in the production of Viacom 18 Studios and Anto Joseph Film Factory. KFC Entertainments has acquired the Telugu version’s rights of this Dulquer’s 25th movie.

In this interview, Dulquer talks about the film, what makes it unique, what to expect from it and more. He also takes stock of his career and explains why he doesn’t do bilinguals without forethought.

The right film in bilingual space

People always ask me why I take a long gap between one bilingual and another. I have always felt that my latest film has a very good potential in Telugu and Tamil. I have dubbed for myself and it has come out well. Not all films click in the bilingual space. It’s a tricky space because the tastes differ. ‘Kanulu Kanulanu Dochayante’ has got a nice middle-ground in terms of cast and story.

Getting knack of different languages

I am enjoying doing different languages. Ideally, I should be true to the language I am working in. It’s not a calculated strategy. I go by my instinct. I am getting some knack of languages. People have been kind to give me opportunities in different languages. I am thankful to the welcoming audience as well as the filmmakers.

This is a rom-com to entertain the audience and is also a fast-paced, racy thriller. Hopefully, this is the kind of film the Telugu audience wants.

Since the film was shot in Tamil, I was helping out Ritu Varma with Tamil. She speaks fluent Tamil nowadays. She has been very nice to work with, she is very professional. Rakshak and Niranjani, the other important actors, were fun to work with.

In Malayalam, actors do a lot of films per year. The audience is used to 5-6 releases a year from actors. On the other hand, I have done just 25 films in eight years. Everybody is doing interesting work and I get to pick from what comes to me. While choosing a script, I look at originality. Just as I can tell a good book from a bad book, I can tell a good script from a bad one.

The film has got a lot of twists and turns. It’s an exciting film and it is also fun to watch. It’s both a rom-com and a thriller. I don’t want to give away too much. I want the audience to enjoy it without any spoilers. It’s not something I have done before. There are surprises in store. It’s in the Abbas-Masthan kind of space.

I have tried various genres

People remember me for films like ‘OK Bangaram’. It’s not like I am comfortable only in rom-com. If you look at my filmography in Tamil, you see that I have not stuck to any one particular genre. I have been offered an interesting epic period movie. But I don’t see myself in that space yet. I want a film to have an interesting take, be it a period film or any genre.

Nativities in different languages are different. My worry is the language and I have to trust the team to present me correctly. ‘Mahanati’ is an example where things went as expected. Everyone right from the director down helped me with the language. An English joke might not be funny in Telugu. It’s difficult to judge humor, for example, in another language. If you give me a script, I can learn Telugu and do the scenes. I have genuinely fallen in love with the language. Every language has its own style of expression. I need to be careful about which films I am doing in the bilingual space. It’s because a film might lose its essence when done in more than one language.

Malayalam is a different industry

I have stopped being too conscious about my identity as Mammootty’s son. I think I have picked really good films till now. The best thing about Malayalam is that the audience are not conscious about the age of a film’s characters. If it’s a big hero, openings are big. After that, it will have a longer arc only if it is of good quality.

In Malayalam, the movie is the hero. The desire for quality is there amongst all of us. The audience is used to seeing so many movies in Malayalam. Since we don’t have big budgets and the market is small, we make movies quickly. Over the years, people have got used to a certain standard. There is so much content every year and so, you can’t dish out mediocre content. Audiences have many options there weekend after weekend.

I will be doing a straight Telugu film in the second half of this year. Let the team announce it officially. I keep working throughout the year.