Tollywood King Nagarjuna Akkineni and Rakul Preet Singh starrer romantic comedy entertainer is all set to release on 9th August 2019 and the promotions have kickstarted already on a grand note. Written and directed by Rahul Ravindran, the introduction teaser of Rakul Preet as Avantika got a tremendous response. The promotion team of “Manmadhudu 2” are coming up with unique ideas to promote the movie and every day a new interesting video of the film is being released online.

As a part of the aggressive promotion of Manmadhudu 2 the first lyrical video song “’Hey Menina” is released yesterday and it’s an instant hit as it uploaded online. Especially the catchy lyrics, the soothing music score by Chaitan Bharadwaj and the Nagarjuna stylish avatar in the Hey Menina lyrical video has won everyone hearts. Rest of the songs are going to be released with a small gap and the makers of the movie have also announced the Manmadhudu 2 trailer date.

The producers of Manmadhudu 2 has announced that the trailer of the film is going to be unveiled on 25th July 2019 and it will be like a treat to watch never explored side of Nagarjuna for his fans. The dubbing work for the flick got completed and the post-production work is being carried at rapid speed to match the release date. Actor turned director Rahul Ravindran provided his abilities with his first flick and with scoring another hit with Manmadhudu 2 he will be in the list of most wanted director by Telugu heroes for sure. Keeping watch the space for more interesting updates folks.

Chaitan Bharadwaj is the music composer of the film while M Sukumar did the cinematography. Nagarjuna Akkineni and P. Kiran are producing the movie in association with Viacom18 Studios. Touted to be a rom-com, ‘Manmadhudu 2’ Releasing worldwide on August 9th. 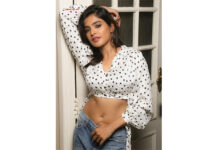 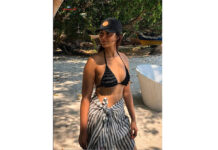 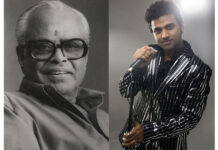