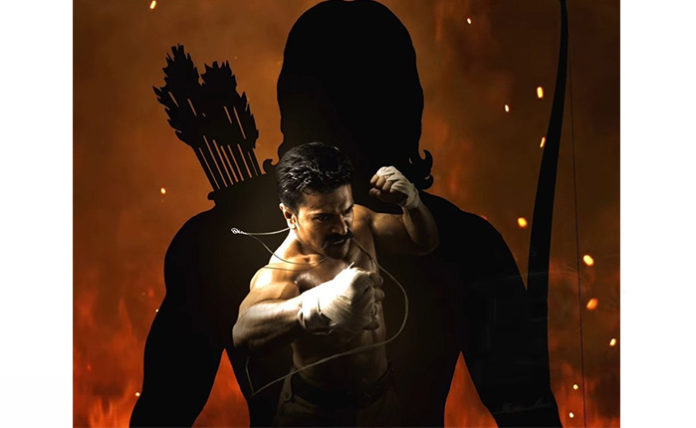 The wait has finally ended for the mega fans and everyone is delighted with the Special Video of Mega Power Star Ram Charan from RRR Movie is unveiled online by Young Tiger Jr NTR. The background scores given by MM Keeravani sounded perfect and this is the first thing that comes into notice for everyone.

Then the visuals filmed by cinematographer K. K. Senthil Kumar clues that RRR aka Roudram Ranam Rudhiram RRR Movie Special Video is going to spellbound the entire world similar to Baahubali for sure. Different lighting and the camera angles showcased in the Bheema For Ramaraju video is nothing less than an eye feast to mega fans.

The voiceover given by Jr NTR in the Telangana diction describing the character details of the Alluri Sitarama Raju and the way the shots are incorporated in the special video definitely gives goosebumps to anyone.

Then the final touch is given by hero Ram Charan punching the boxing bag, doing mediation, the way he is handling the guns and a small glimpse of stealing the guns from the police station wearing a cop pant and at the end, his roar cling that Alluri Sitarama Raju is going to be a memorable role in the mega hero film career.

RRR is slated for a grand release on 8th January 2021 worldwide on a grand note in multiple languages. Enjoy the birthday gift of Ram Charan and share your thoughts in the comment box after watching the Bheem For Ramaraju.