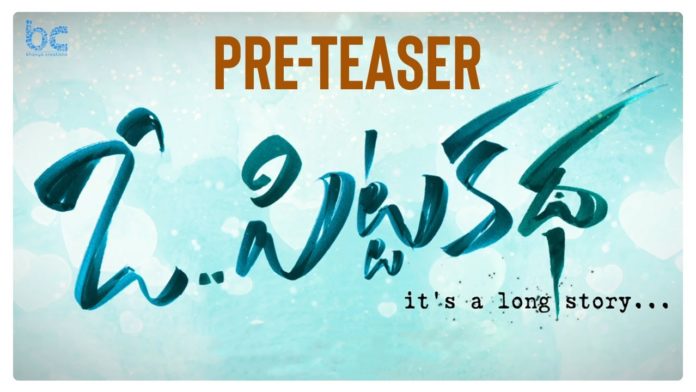 After Paisa Vasool, Prestigious Production banner Bhavya Creations comes up with a new project “O Pitta Katha” that is known to have a crazy new story directed by Chendu Muddu. Also, the movie team seemed to have a unique strategy to promote this impressive story.

Likely, Director Trivikram Srinivas launched the First look of the movie which featured the character names and their social statures through coffee glasses, while the concept poster that explained the same through the footwear has been revealed by Dashing director Harish Shankar.

As this kind of promotion is unusual yet interesting, movie promotion gained momentum on the social mediums thereby raised curiosity on the updates.

As of now, Tollywood Hulk Rana Daggubati launched the Pre-Teaser of the movie which unveiled the crazily edited glimpses of the latest commercial blockbusters that ended up revealing that the original teaser is yet to come.