To make it more interesting and appealing the makers of Mass Maha Raja Ravi Teja’s upcoming science-fiction film “Disco Raja” have released the second teaser instead of a trailer as Disco Raja 2.0 online. One month back the first teaser is unveiled and it received good feedback from movie buffs. Today Disco Raja 2.0 teaser has revealed an important plot point of the film.

Post-war stress disorder i.e PTSD is taken as one of the core plot points of Disco Raja movie and hero Ravi Teja is suffering from this disorder is projected through the teaser. It’s a fresh point that director VI Anand is presenting to the Telugu film industry audiences and Ravi Teja is looking stylish yet powerful in the teaser raising expectations on the movie.

Disco Raja 2.o teaser also introduced the main antagonist Simha Bobby who is making his grand debut in Tollywood with this film and his voiceover in the teaser, getup hints of an author backdrop role to the actor. Background score given by S.S.Thaman is in a sink with the proceedings of the mystery surrounding the flick and the visuals are amazing with the Goa shown in the majority of the portion. The last dialogues of Ravi Teja in the teaser made a strong impact to keep the movie buffs eagerly waiting for the film release on 24th January 2020. 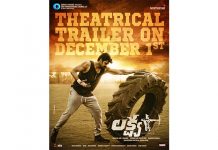