Young singer Sid Sriram has become a household name in the two Telugu states for his god gifted magical magic that will never disappoint anyone. Sid Sriram’s twenty-fifth song in Telugu is released and he has once again got successful in stealing the hearts with his charming voice. Going into details “Aarerey Manasa” song from “Falaknuma Das” movie is released in YouTube through Sony South Music channel and it struck right chords with music lovers.

This is the first time Sid Sriram is collaborating with music director Vivek Sagar and unlike the singers earlier Telugu songs “Aarerey Manasa” is slow classic love single with a unique touch of musicians in the song. Sid Sriram keeps a note of his voice modulation for each individual song and sings it as per the music director requirement and feel of the song, this might be his success secret for nonstop hit songs into his credit. Music director Vivek Sagar is one of the current musicians who has earned a great reputation for new tunes, tracks that are clicking with all section of audiences and most of his songs are chartbuster this year.

Falaknuma Das is an official remake of hit Malayalam film Angamaly Diaries and hero Vishwaksen Naidu is playing the main lead along with directing, producing this romantic action thriller. Falaknuma Das trailer has created strong waves for the movie and producer Suresh Babu is backing up the project for its grand release. Here is the magical voice of Sid Sriram from “Aarerey Manasa”, the song is written by lyricist Kittu Vissapragada, experience the song and comment below folks. 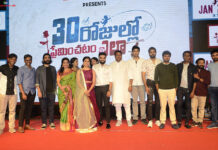 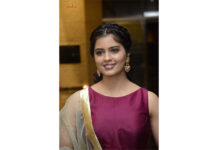