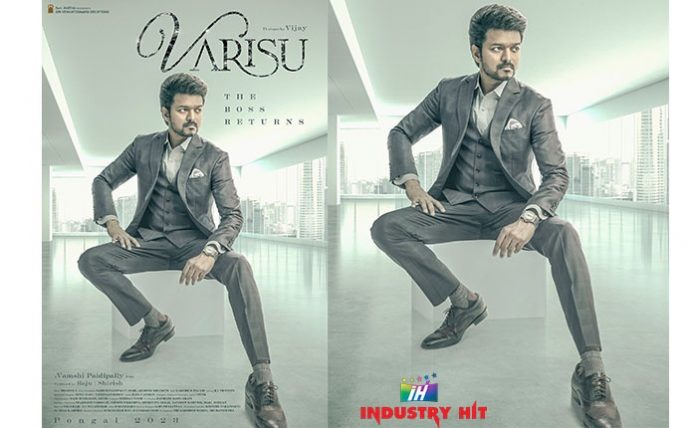 Thalapathy Vijay’s much-anticipated film title and first look have been revealed by the makers on the eve of Vijay’s Birthday, #Thalapathy66 Directed by Vamshi Paidipally Produced by Dil Raju in association with PVP Cinema has been titled ‘Varisu’ (Vaarasudu in Telugu). The stylish-looking Vijay’s first look poster was also released by the makers. Touted to be a breezy family entertainer with all elements matching Vijay’s stardom, Varisu has an interesting tagline ‘The Boss Returns’.

Rashmika Mandanna is playing the female lead and the film also has an ensemble cast. The team is currently canning key scenes on the core team in Chennai. The film is being made on a lavish scale. Thaman is composing the music. Varisu / Vaarasudu is slated to release worldwide for Pongal, 2023.