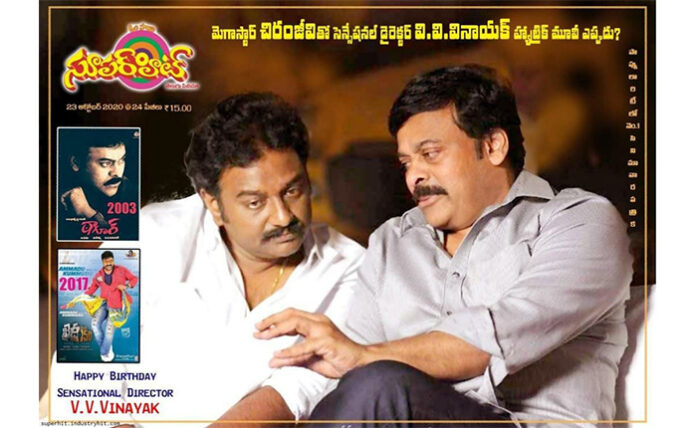 The latest edition of the Superhit Magazine is out folks and here are the latest happenings across the world of cinema along with key aspects of this week magazine for everyone.

2. The biggest announcement about Prabha‘s upcoming film in Nag Ashwin is made by the Vyjayanthi Movies banner and Amitabh Bachchan is part of the #Prabhas21.

3. Director SS Rajamouli is getting ready to create another worldwide wonder with RRR movie and he opted out more interesting things in an exclusive interview.

4. The most awaited #RAMARAJUFORBHEEM first look of Jr NTR is going to be unveiled on 22nd October 2020.

5. Sensational Director VV Vinayak has spoken his heart out about being proud of the Telugu film industry and revealed a lot of things in an exclusive interview.

6. Successful Director Maruthi Dasari confirms that next year two of his movies are going to get released to entertain everyone.

7. Mass Maharaj Ravi Teja has started filming for his Krack film in the direction of Gopichand Malineni.

8. Actor R Madhavan is sure that the sensational thriller film Nishabdham will impress all.

10. Hero Sharwanand has resumed back the filming of Sreekaram film in Tirupati.

11. Director Vijay Kumar Konda expressed his happiness about the positive response that his film Orey Bujjiga.

12. One of the interesting movies of Manchu Vishnu, Kajal starrer Mosagallu teaser is unveiled online by Stylish Star Allu Arjun.

For more updates go through the below link of this week Superhit magazine.