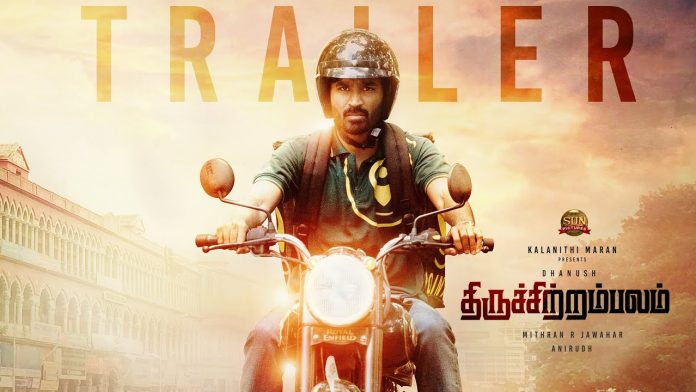 The trailer of Hero Dhanush’s upcoming film ‘Thiruchitrambalam’ Produced by Sun Pictures in Mithran Jawahar’s direction is revealed. This is the fourth film in Dhanush – Mithran Jawahar’s combination after Mithran Jawahar who previously worked with Dhanush in Yaaradi Nee Mohini, Kutty and Uthamaputhiran. 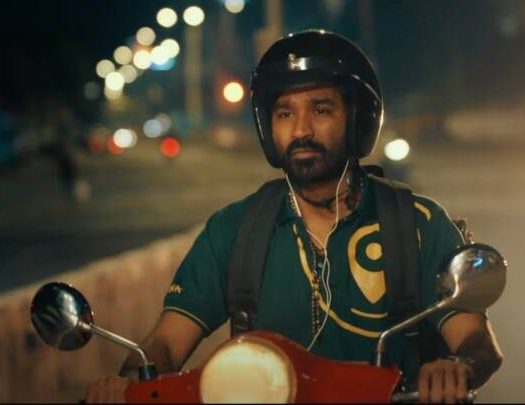 Touted to be a heartwarming comedy-drama, Thiruchitrambalam trailer looks promising with Dhanush in his elements. Dhanush is playing the role of Pazham, a delivery boy who shares the same name as his grandfather played by Bharathiraja. Prakash Raj is seen as the father of Dhanush who is a police officer. Nithya Menen played Dhanush’s childhood friend and their scenes look lovely in the trailer. Raashii Khanna and Priya Bhavani Shankar played the love interests of Dhanush. Anirudh Ravichander’s music elevates the trailer. 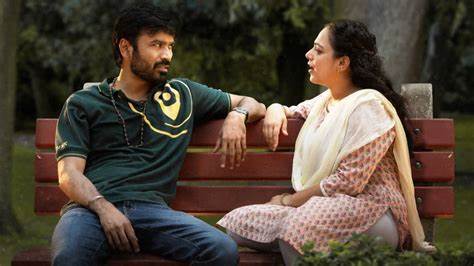 The film also marks the return of the Dhanush-Anirudh combo. The makers of the film recently launched the soundtrack through a grand launch event. The trailer cut is neat and is successful in conveying that Thiruchitambalam is a fun-filled family film with Dhanush in a relatable role. 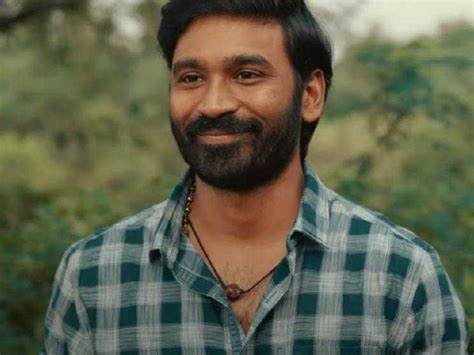 Thiruchitrambalam, produced by Kalanathi Maran under Sun Pictures will be distributed by Red Giant Movies. The film will be having a worldwide theatrical release on 18 August 2022.