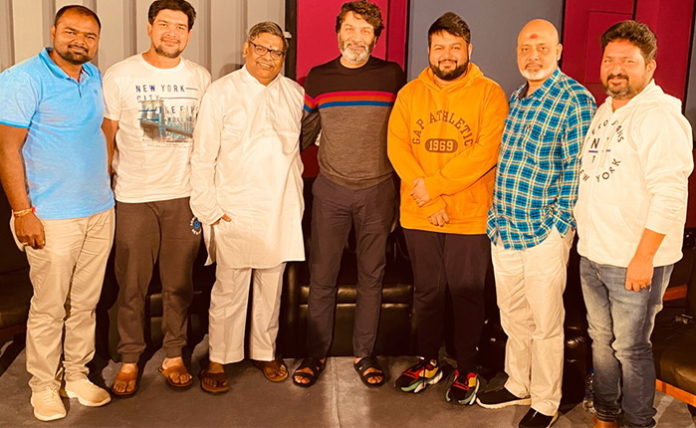 Star Director Trivikram Srinivas makes sure that every craft in the film making gets the deserved appreciation for their work in his movies. Trivikram’s unconditional love towards song lyric writers and music directors is well known to everyone in Tollywood. Directors praising S.S.Thaman crediting the lion share of Ala Vaikunthapurramloo‘s success to his music speaks volumes of respect that Trivikram has for the team of AA19.

Star Director Trivikram Srinivas high regard for Telugu lyricists is going to be witnessed yet again in a special video interview that was filmed with the songwriters of AA19. Along with music director Thaman, director Trivikram had an exclusive video interview with lyricists Sirivennela Seetharama Sastry, Ramajogayya Sastry, Kalyan Chakravarthy, Krishna Chaitanya, Kalyan Chakravarthy, Kasarla Shyam and very soon the interview is going to be aired as part of the Ala Vaikunthapurramloo promotions.

It’s an undeniable fact the soothing, meaningful, catchy lyrics also played a key role in the chartbuster songs of Ala Vaikunthapurramulo that received millions of views on YouTube, other music platforms and helped in huge success. It’s a very thoughtful and great move by the team of Ala Vaikunthapurramloo and Trivikram to conduct a video interview with AA19 song lyricists.