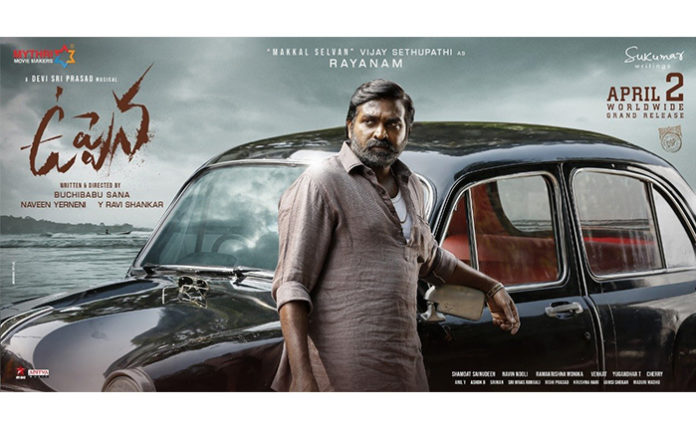 As mentioned by the Mythri Movie Makers production house today right on time the mass look of Tamil actor Vijay Sethupathi from Uppena film is unveiled online and it has reached the expectations levels of the movie buffs for sure. Along with the Tamil actor Vijay Sethupathi look, even the character name of the talented actor is disclosed in the poster that is released a few moments back.

Two posters of Vijay Sethupathi are released online and both are impressive disclosing the actor role in the movie. Vijay Sethupathi’s character name is Rayanam, he is essaying the role of the main antagonist and started filming for his part in August last year. His salt & pepper look, with a black ambassador car in the background near the seaport then the stylish smoking still hints a bit about his character from the film. Uppena is directed by Buchi Babu Sana, DSP is composing the music and it is slated for grand released on 2nd April 2020.