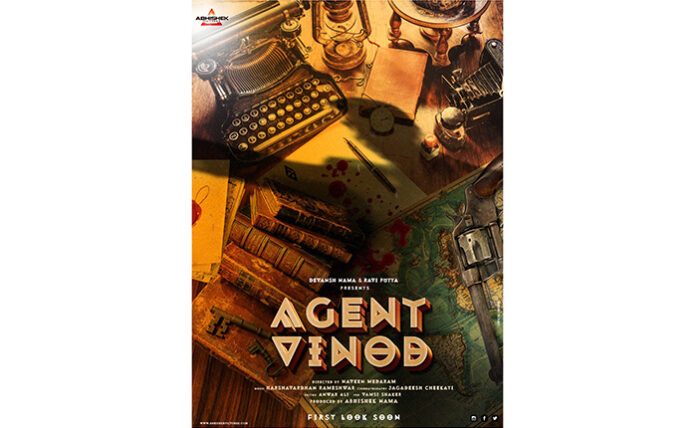 Abhishek Pictures, one of the prominent distribution and production houses in Tollywood, is coming up with yet another exciting project. Titled Agent Vinod, the film’s pre-look has been unveiled today.

Whose shadow is that? We need to wait until the release of the first look poster to know the protagonist of the film.

The title design is unique, wherein the pre-look poster is intriguing.

Billed to be a vintage spy detective thriller, Agent Vinod will feature a young and talented hero.

Naveen Medaram who worked as VFX artists for 40 Hollywood films including Harry Potter, Pirates of Caribbean, Prince of Persia, 2012 and Batman The Dark Knight and also directed two British feature films- “Nice 2 Meet U” and “London Life” is directing Agent Vinod as his third film.

The film is bankrolled by Abhishek Nama while Devansh Nama and Ravi Putta present it. Harshavardhan Rameshwar will be rendering soundtracks, while Jagadeesh Cheekati cranks the camera.

Here’s a technical team working for the film: