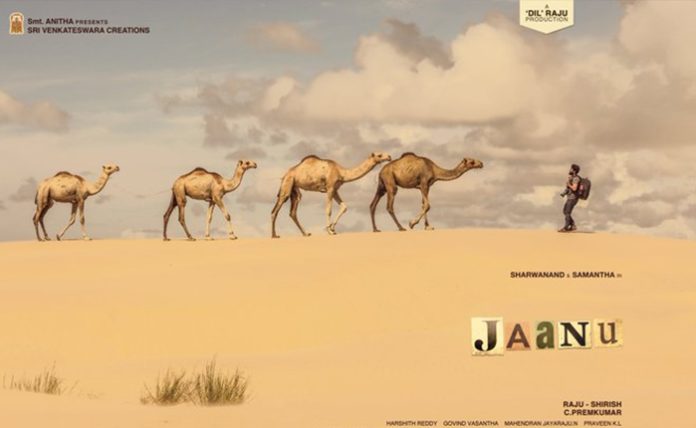 96 Telugu remake Title is Jaanu. Jaanu’s first look poster showcases the hero Sharwanand as a travel photographer that he is playing in the heart touching love story. The desert with those camels and the hero visualizing a frame to take a perfect picture gives a pleasant start for the film. The simple yet effective style of director Prem Kumar is presented in the Jaanu first look poster and the Tamil filmmaker is stepping into the Telugu film industry by remaking his original flick here in Tollywood.

Jaanu is the nickname of female lead in the original version played by Trisha. Here in the Telugu version, Samantha is playing as Jaanu in this soulful love story and using it as the title is a smart decision that gives an instant connect to movie buffs. More details about the film will be revealed soon.