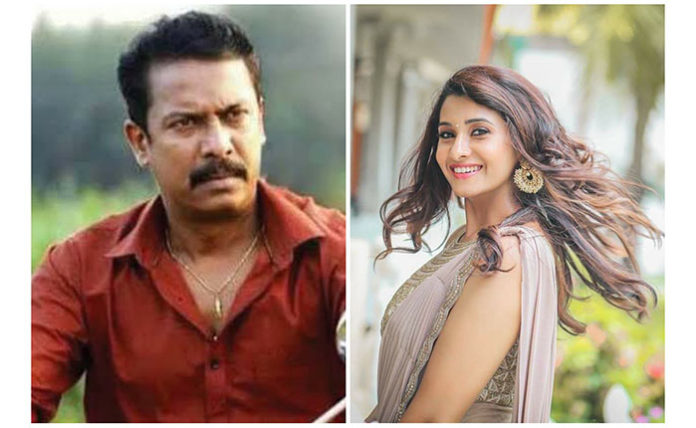 All the arrangements are being made for the launch of the Aham Brahmasmi film tomorrow and Mega Power Star Ram Charan is going to Grace the event for his childhood friend Manchu Manoj. Other than the hero, director Srikanth N Reddy and few technical team members no other details about the remaining cast are disclosed by the Aham Brahmasmi team. Today Manchu Manoj who is coproducing AB along with playing the main lead has given details of two key cast members of his movie.

Firstly Manoj announced that Priya Bhavani Shankar will be playing the female lead and the talented Samuthirakani is easying a very important role in Aham Brahmasmi film. Welcoming both the heroine, Tamil actor Manoj tweeted as

” Welcome to @priya_Bshankar as the lead actress in #AhamBrahmasmi 😍🤗
Team #AB is very happy to have you on board! Team #AhamBrahmasmi humbly welcomes Samuthirakani sir onboard. His character will be talked for years to come 🙏🏻 Can’t wait to reveal more details to u guys soon 😊 “